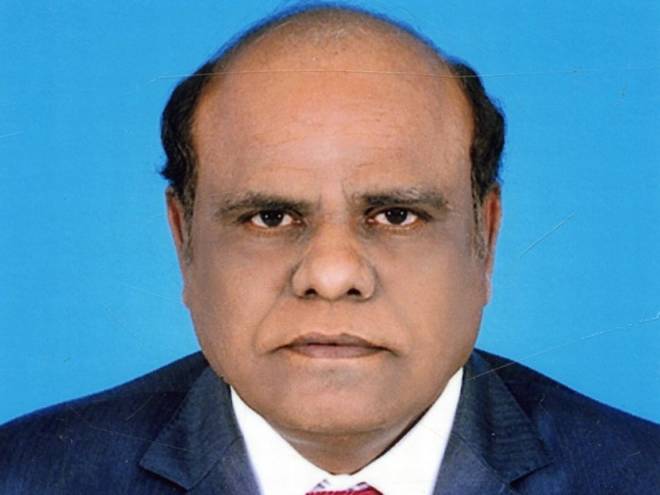 Justice C.S. Karnan of the Madras High Court has been in the news ever since he was appointed judge on March 30, 2009. Justice Karnan often went public with his complaints about the judiciary.

Acting on the urgent plea by the Madras High Court Registrar-General to restrain Justice Karnan from passing any suo motu orders, the apex court Bench of Justices J.S. Khehar and R. Banumathi stayed all administrative or judicial orders passed by Justice Karnan post February 12 – the date of his transfer recommendation.

In Calcutta HC, he had a public spat with Justice AK Roy, who was heading their two-judge bench. Justice Karnan thorugh public letters started levelling allegations of corruption against Madras HC chief justice and other judges repeatedly. As a result, a bench of seven Supreme Court judges started contempt of court proceedings against justice Karnan and he was asked to appear in person before it and explain as to why contempt proceedings be not initiated against him.

In return, justice Karnan wrote a letter to Registrar General of the Supreme Court, contending that courts have no power to take contempt proceedings against a sitting High Court judge and the matter should either be immediately referred to the Parliament or taken up after the retirement of then Chief Justice Khehar. Additionally, Justice Karnan didnot show up at the hearing as required.

After waiting for three weeks, the seven-judge Bench, issued a bailable warrant against sitting justice Karnan to secure his presence in the Supreme Court. Justice Karnan rejected refused to accept the warrant and appear before Supreme Court. Instead, in April 2017, he passed an order directing seven judges of the Supreme Court, including Chief Justice of India J.S. Khehar, to appear before him on April 28 at 11.30 a.m. at his residence in Kolkata. Wherein the 7 judges were accused under the Scheduled Castes and Scheduled Tribes Atrocities Act.

In return the seven-judge Supreme Court Bench, led by Chief Justice of India J.S. Khehar,  ordered him to be medically examined by a board of doctors in Kolkata. Consequently, a team of doctors from a State-run mental hospital, accompanied by police officers, arrived at Calcutta High Court Judge C.S. Karnan’s residence in New Town here on Thursday to examine him on the instructions of the Supreme Court. Justice Karnan, however, refused to undergo a medical test and told the team that he was absolutely normal and had a stable mind.

Now, judge C.S. Karnan  issued a non-bailable warrant against Chief Justice of India J.S. Khehar and six Supreme Court judges. Then on May 8, 2017, judge Karnan issued an order sentencing eight Supreme Court judges to five years of “rigorous imprisonment” and imposed a fine of ₹1,00,000 each under the Scheduled Castes and the Scheduled Tribes (Prevention of Atrocities) Act of 1989 and the amended Act of 2015.

As a consequence, on May 9, The Supreme Court held Calcutta High Court Judge C.S. Karnan guilty of contempt of court, judiciary and judicial process and sentenced him to six months imprisonment. Additionally, the court also ordered media not to publish the content of orders passed by Justice Karnan.

Insights and Analysis of the issue:

That the only punishment that the highest court could come up with against a sitting high court judge was imprisonment speaks volumes about the total absence of any disciplinary mechanism short of impeachment to deal with contumacious conduct by a member of the higher judiciary. The lesson here is that while the collegium system had been unable to stop someone of his nature entering judicial office, maintaining internal discipline in the judiciary is an equally vexing issue.

Additionally, it also conveys that in a democratic set up, processes have equal importance as results. Justice Karnan may not be wrong but the way he did it was certainly not correct. The conviction of Justice Karnan by the Supreme Court, has been done to maintain the faith of people of the country in judiciary. It is an emphatic statement that no one is above law of the land.