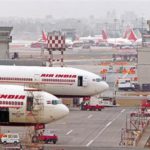 Rajasthan is going to become first state of the country where its different cities would be connected under Regional Air Flight Connectivity Scheme. The much awaited regional level flight would be inaugurated from State Hanger of Jaipur International Airport on October,4, 2016 at 10.30 pm. In the first phase the flight from Jaipur to Jodhpur and Udaipur would be started.

For the service Rajasthan Civil Aviation Department has signed an agreement with the Supreme Transport Organization Pvt. Ltd under which Supreme Airlines shall operate 9 seater Cessna Grand Carvan Aircraft multiple times a day. The aircraft with all facilities, offering seamless connectivity to tourists, businessmen, traders and other investors thereby promoting all regions of the state equally.

It is to be noted that under Regional Connectivity Scheme, 15 cities of the state would be connected with each other. The second phase of flight would be starting for Bikaner, Jaisalmer, Kota etc.