Industrialisation is considered one of the foremost modus to stimulate the overall growth of the country. Additionally, Development of industries has the vast potential of providing substantial employment and generating the income and improving the standard of living and over all well-being of the people. At the time of Independence, the state had inherited poor status in respect of development of industries. Until 1960, Rajasthan virtually had no place on the industrial map of India. Some strategies were worked out to increase investment in public sector industries and to promote private sector investment in different districts, which gradually led to the development of industries in the state.

The state is almost the sole producer in the country of certain minerals like wollastonite, zinc and copper. Besides this, it is also a leading producer of crops such as mustard, bajra, barley, maize, cotton and spices. The is also a huge population of livestock that sustains the livelihoods of several communities across the state.

Contribution of Industries to State GDP

Contribution of Industries in Employment

In 1960-61, total employment in industries and mines was estimated at 6.2 lakh (i.e., 8 per cent of the total number of workers) and this increased to 10.26 lakh by 1998-99, a rise of 64 per cent. Currently, the services sector employed 47% of the state’s population, followed by the agriculture (44%) and Industrial (8%) sector. Hence, though growth in Industrial sector may appear impressive, industry’s percentage share in total employment is not significant.

A. On Basis Size of Factory/Investment in Plant & Machinery

Service Enterprises:- The enterprises engaged in providing or rendering of services and are defined in terms of investment in equipment.

B. On Basis of Products: 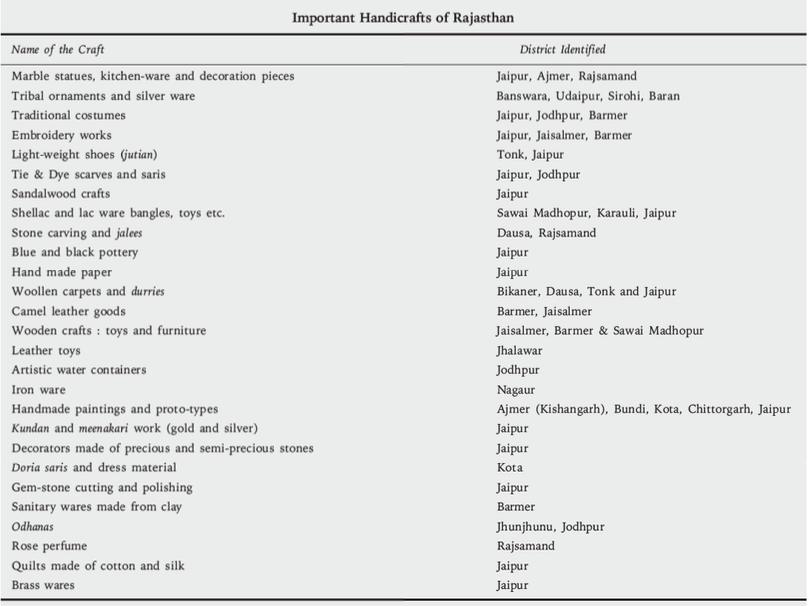