Over the past week, Indus Water Treaty has been in NEWS. This is a detailed article on the same.

At the time of independence, the boundary line between Pakistan and India was drawn across the Indus Basin, leaving Pakistan as the lower riparian meaning water from Indus & tributaries flowed from India to Pakistan. Moreover, two important irrigation head works, one at Madhopur on Ravi River and the other at Ferozepur on Sutlej River, on which the irrigation canal supplies in Punjab (Pakistan) were completely dependent, were left in the Indian territory. Pakistan felt its livelihood threatened by the prospect of Indian control over the tributaries that fed water into the Pakistani portion of the basin. A dispute thus arose between two countries regarding the utilization water from existing facilities and future flow of water.

Pakistan wanted to take the matter to the International Court of Justice, but India refused, arguing that the conflict required a bilateral resolution. Finally, both India & Pakistan agreed to idea of The World Bank, negotiating agency.

Eventually, on 19th September, 1960, Indus Water Treaty was signed at Karachi by Field Marshal Mohammad Ayub Khan, the then President of Pakistan, Shri Jawaharlal Nehru, the then Indian Prime Minister and Mr. W.A.B. Illif of the World Bank .

While, Indus originates from Tibet, China is has been kept out of Indus Water Treaty.

The Indus Waters Treaty (IWT) deals with river Indus and its five tributaries, which were classified into 2 categories: 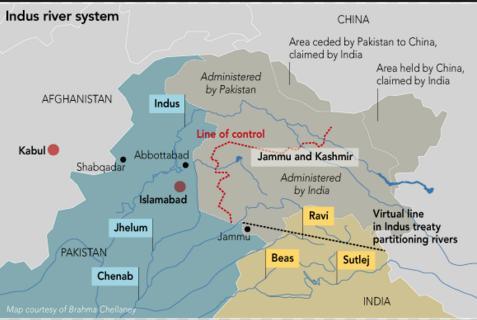 Though majority of dispute of Indus Waters was settled with treaty, however, given the ephemeral relations between the countries, one or other controversies keep appearing up.

Why Indus Water Treaty in news?

India can think of considering such option but only after planning & years of implementation. Stopping of water would first need storing of water and currently India stores only 4% of the allocated 20%, India has to increase its storing capacity. Secondly, alternate route of water has also to be developed. Secondly, storing & diversion of water can have significant ecological consequences in India itself. Besides the obvious logistic reason, there also other major reasons that block India to take this route:

The Kashmir issue will get a whole new dimension if India withdraws from the treaty. Not only this, it would trigger the formal beginning of water wars, which experts like Chellaney have been predicting for long. Moreover, it is unlike that Pakistan would mend its ways under Indian pressure of Indus water. The will also be spillover impacts India’s withdrawal of the treaty in other countries and India’s aspirational goals like Permanent Seat in UNSC.

India has never used our rights on the western rivers. The approach of government should be to utilize provisions available in Indus Water Treaty itself and pressurize Pakistan within dimensions of treaty. 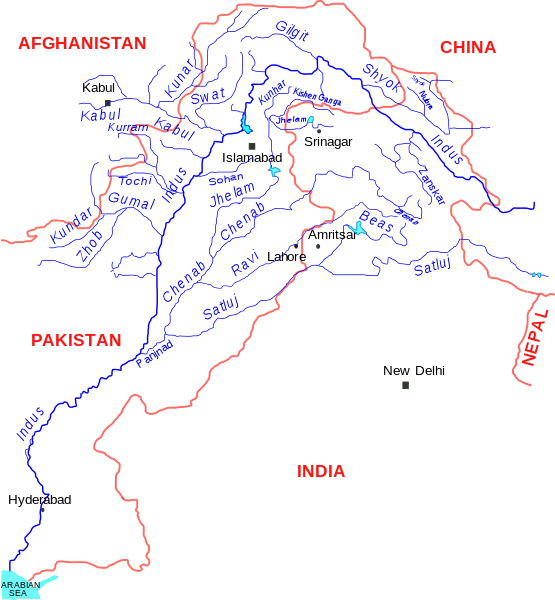