The Indo-Scythians are a branch of the Sakas who migrated from southern Siberia into Bactria, Sogdia, Arachosia, Gandhara, Kashmir, Punjab, Gujarat, Maharashtra and Rajasthan, from the middle of the 2nd century BCE to the 4th century CE.
The first Saka king in India was Maues or Moga who established Saka power in Gandhara and gradually extended supremacy over north-western India.

The Western Satraps (35-405 CE) were Saka rulers of modern Gujarat, southern Sindh, Maharashtra, Rajasthan and Madhya Pradesh states.
They were successors to the Indo-Scythians and were contemporaneous with the Kushan Empire, which ruled the northern part of the Indian subcontinent. 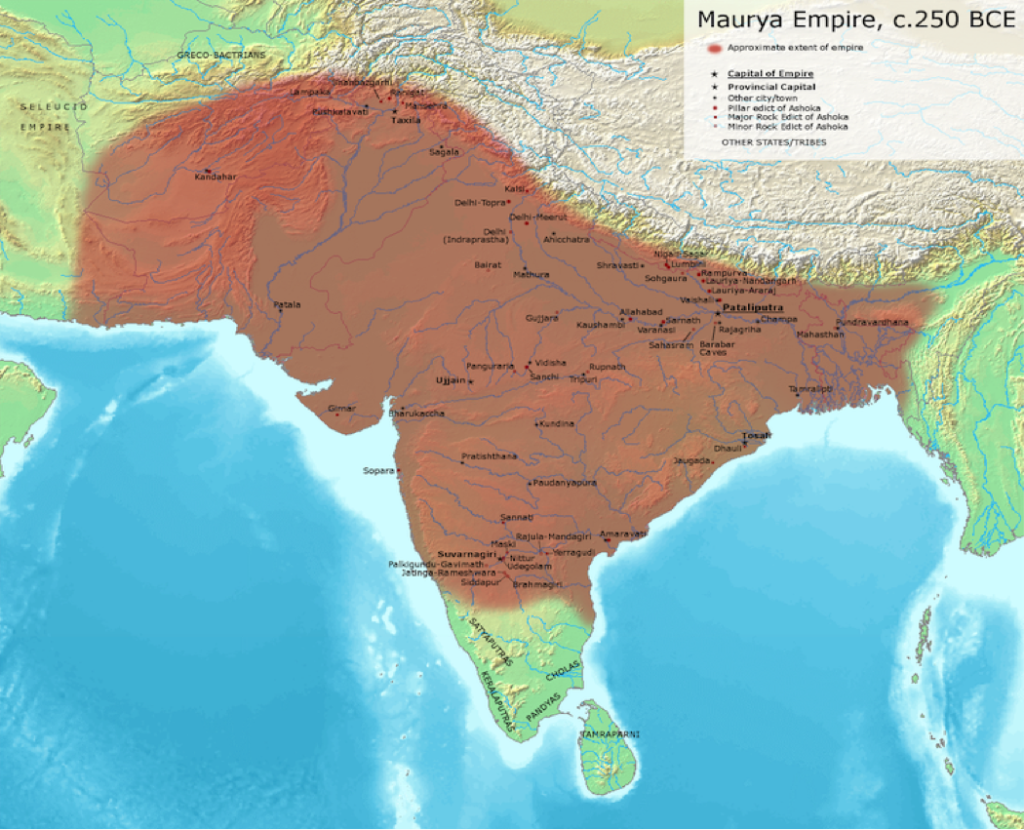