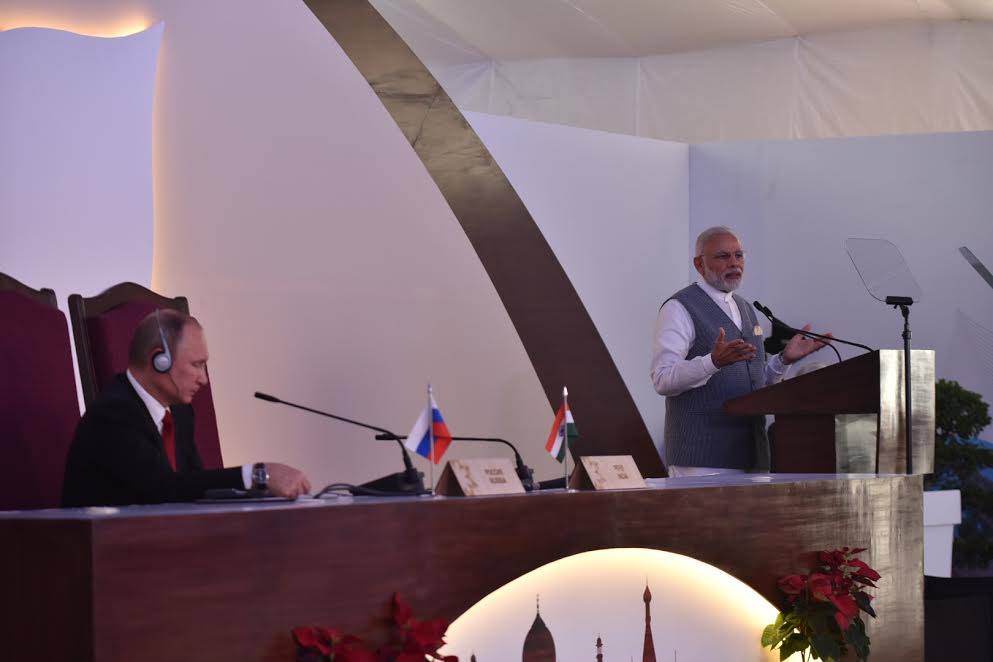 The following are important Excerpts regarding recent development in partnership between India & Russia, from PM Modi’s welcome speech of Russian President Putin for BRICS.

S-400 ‘Triumf’ long-range air defence missile system is manufactured by Almaz-Antey and is capable of firing three types of missiles. It has capability to destroy incoming all airborne targets at ranges of up to 400 km. The five S-400 systems will be operated by the Indian Air Force (IAF). China, also purchased this S-400 defense system.

What are Ka-226T helicopters ?

Kamov 226T is a light multipurpose helicopter designed for work in difficult conditions like high mountains, hot climate and marine areas. It allows for reconnaissance, monitoring, targeting and transportation. The helicopters will be made by Hindustan Aeronautics Limited (HAL) with Russian cooperation under Make In India. It will replace the aging Cheetah and Chetak choppers. They shall be a great help in high altitude forward posts like Siachen.

Navy warships are called as frigates. India and Russia will built four stealth frigates which will be improved versions of Krivak or Talwar class stealth frigates. Two of the frigates will be built in Russia and other two will be constructed at an Indian shipyard with Russian cooperation.