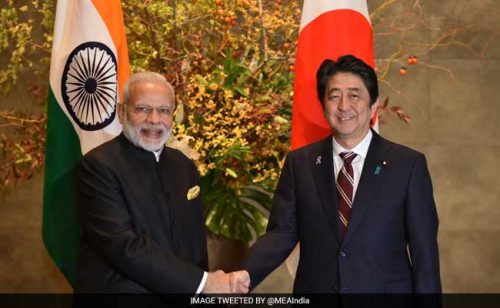 Six years after the negotiations began, India and Japan finally signed signed the historic civilian nuclear deal during the annual bilateral summit held in Tokyo. Negotiations which began in 2010 during the UPA government were stuck on India’s non-NPT status as Japan sought assurances that the deal would be used for peaceful purposes. Further, India did not fit into Japan’s ‘Hikaku San Gensoku’ or three non-nuclear principles. These principles adopted in a resolution by Japanese parliament provide that Japan would neither possess nor manufacture nuclear weapons, nor shall it permit their introduction into Japanese territory.

This deal marks a fundamental shift in Japan’s policy and India is the first non-NPT signatory with which Japan now has a pact.

The deal is not valid unless ratified by Japan’s Parliament: