The Index of Industrial Production (IIP) is an index in India which details out the growth of various sectors in an economy. It is a short-term micro economic indicator widely used in measuring the industrial growth of the State by comparing the general level of industrial activities in the economy in current year with reference to a base year. The index indicates the relative change over time in the volume of production in industrial sector and is an effective tool to measure the trend of current industrial production.

The Directorate of Economics and Statistics, Department of Planning, Rajasthan has been compiling/releasing index of industrial production for the Rajasthan State since 1971 as per the guidelines of the Central Statistical Office (CSO), Govt. of India.  Recently, a web portal has been developed for IIP for data entry, through District Statistical Offices.

How is IIP calculated ? 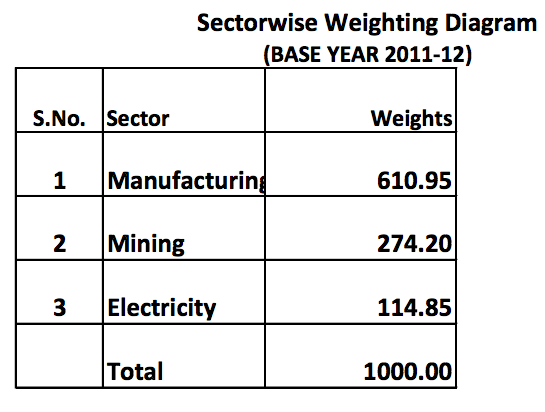