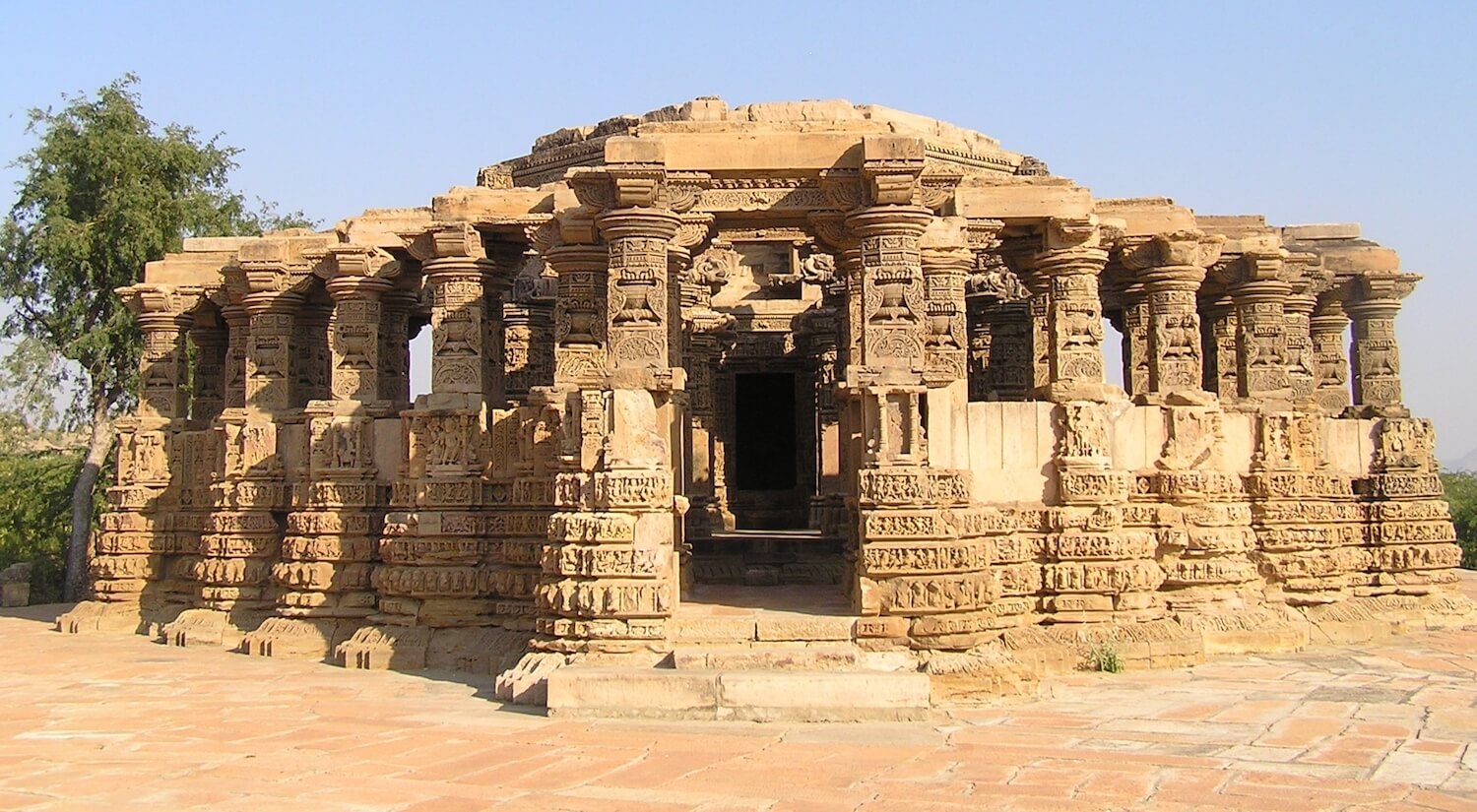 This page lists must see Important Historical Places of Barmer:

Siwana Fort was constructed in 10th century by Narayan Panwar. In local language its name is Gadh Siwana. After the battle of Giri Summel Rao Maldeo took refuge in this fort from Sher Shah. During 1308-09 under reign of Sataldev, the fort was attacked by Allaudin Khilji which resulted in first Jauhar/Saka. In 1597, Akbar with Motaraja Udai Singh attacked Siwana fort at the time of Kalyanmal which resulted in 2nd Jauhar.

Keradu Temple might have been constructed before the 6th century at the time of “Parmar” Dynasty. There are five temples in all and most remarkable of them is Someshvara Temple .These temples feature impressive sculpture and a Solanki style of architecture. There are 4-5 Big Temple structure of Golden colour and a Sun Temple. The temple is well entitled as “Khajuraoh of Rajasthan”. The design of the temple are identicle to the Khajuraoh Temple and Sun Temple at Orrisa. The temple is ruin and with lack of images of God and Goddess. The Keradu was earlier Headquarter of Barmer and it was attacked by Mohammad Gauri in 1140AD who had destroyed the temple structure and its images.

Vankal Mata Temple is situated at the west end of the city on a 675 feet high hill, the ancient citadel of the 16th century ( fortress ), which was called Barmer citadel , whose remains still exist.

Shri Parshwanath Jain temple was originally a temple of Mahavira. This temple was renovated in the fifteenth century. 120 idols were brought here from Kalidrah and this beautiful and miraculous idol was installed here as Mulnayak (main idol of the temple) in the year 1429 of the Vikram era (1373 AD). It is among the hills in the distant forest at a distance of 13 kilometers from Balotra.

Rawat Bhima build a Barmer fort in 1552 AD at hillock in present city of Barmer when he shifted old Barmer (Presently JUNA village in Barmer Dist) to present city. He build a fort on top of the city which is also known as Barmer Garh. Hill of Barmer fort is 1383 feet but Rawat Bhima build fort at height of 676 feet which is safer place than top of hill. Main entrance of Fort (Prole) is on North direction, Safety Burg are made on east & west direction. Boundary wall of fort was ordinary due to natural wall protection of hill. This fort is surrounded by temple on all sides. This Hill of Barmer Fort has two important religious places; Top of the hill is temple of JOGMAYA devi (Garh Mandir) which is situated at height of 1383 & at Height of 500 feet there is Nagnechi Mata temple, Both temples are very famous and have fair during Navratra festivals. Rest area is residence of former royal family of Barmer.

Juna is old Barmer it was main city build by Bar Rao but during Rawat Bhima rule they shifted Barmer to new place where present city stands and Juna remains as ruins of past glory and old heritage. It is 25 Kms from Barmer and is known for its Jain temple and old fort. According to inscriptions on a stone pillar near the temple, it was built in the 12th or 13th century. Juna is surrounded by hills and also a small lake.

Built in the 3rd century, this temple has been renovated multiple times. Alamshah invaded and looted this temple in the 13th century and failed to steal the idol as it was hidden in a village a few miles away. The idol was brought back and the temple renovated in the 15th century.

This temple was built in the 12th or 13th century. Located in Devka, a small hamlet situated about 62 Km from Barmer along the Barmer-Jaisalmer Road, the temple is known for its incredible architecture. The village also holds the ruins of two other temples that house stone sculptures of Lord Ganesha.

Located on the way to the Mahabar Sand Dunes, Safed Akhara, also known as the Sideshwara Mahadev Temple, is a temple complex with a garden. The temple complex houses shrines that are dedicated to Lord Shiva, Krishna and Radha, and Lord Hanuman, among others. The temple gardens are large and one can find peacocks in their full glory and beauty roaming around. The temple complex offers visitors temporary accommodation as well. The Safed Akhara is another one of the tourist spots that are often overlooked by the visitors. Visit the Akhara to enjoy the serene surroundings of its garden, away from the hustle and bustle of the city.