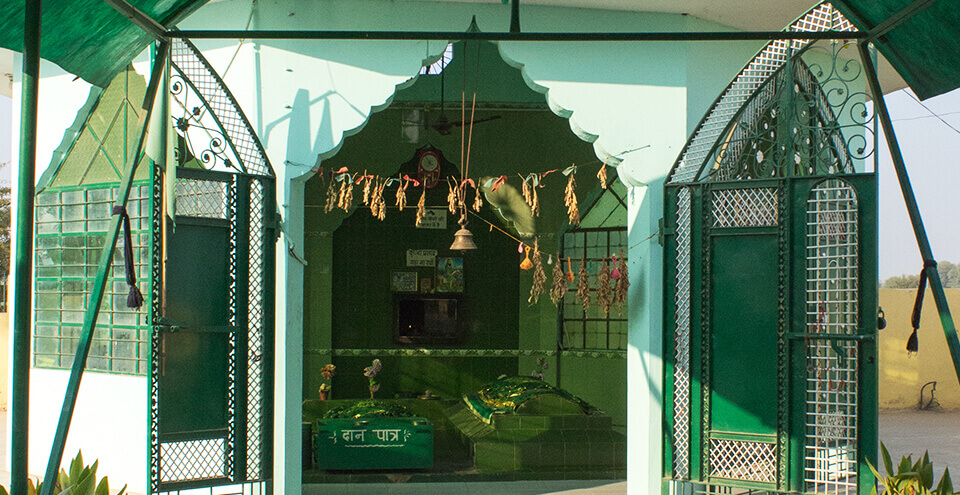 Anoopgarh Fort is a ruin in the city of Anoopgarh. It was built by Anoop Singh Rathore.

The tomb (mazar) of Laila-Majnu at Binjaur village is situated near Anoopgarh city 11 km away from Anoopgarh on the western side. Many people associate this Mazar (mausoleum) with fictional and legendary lovers Laila and Majnu. According to the traditional belief Laila-Majnun were from Sindh and came to this place escaping from the clutches of Laila’s parents and her brother who were against the love of Laila-Majnun. Laila and Majnu died here and were buried together at this place. Thus this place became a symbol of love and people come here to seek blessings from Laila and Majnu. A fair is held here in June which is attended by hundreds of newlyweds and lovers.

The ruins of the Indus Valley Civilisation are found here. It is located on Anoopgarh-Ramsinghpur road.

The historical Gurudwara of Buddha Johad,  the great religious shrine of the Sikhs,  is situated 75 kms  away to the south-west of  Sriganganagar. This is a place where Bhai Sukha Singh and Mehtab Singh brought the head of Massa Rangarh (guilty of sacrilege of the Amritsar Golden Temple) and hung it on a tree on August 11, 1740. This huge Gurudwara  has 22 pillars at every floor.

Historical PlacesPlaces to See in Rajasthan