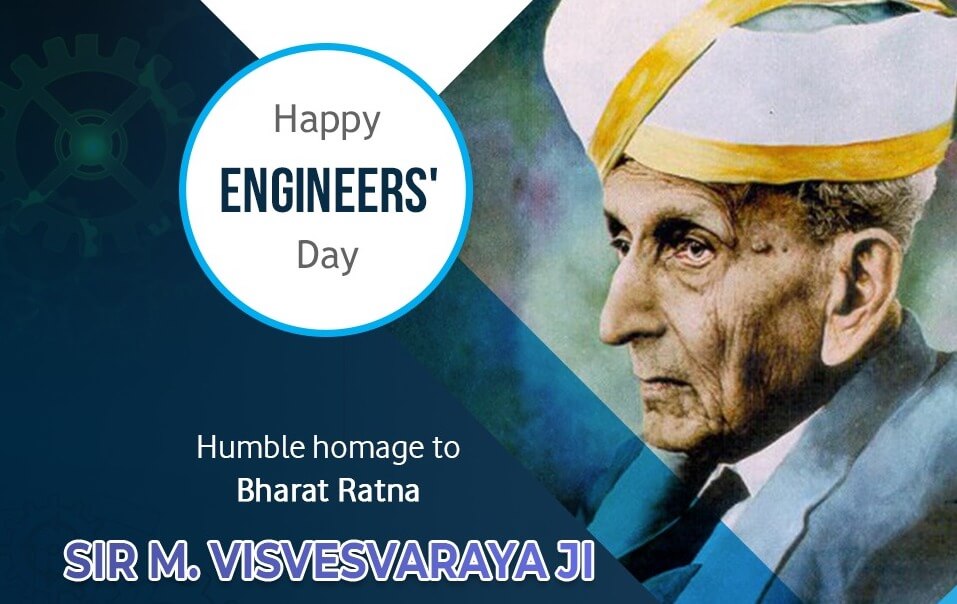 The entire nation celebrates Engineer’s Day on 15th September to mark the Birth Anniversary of the renowned Indian engineer Bharat Ratna Mokshagundam Viseswaraya. Across the world, countries celebrate Engineer’s Day on different dates, honouring stalwarts of their own nations in the field.

M Visvesvaraya was born in 1861 at Chikkaballapur, on the outskirts of Bengaluru. Both his parents were well-known Sanskrit scholars. M Visvesvaraya did his primary education in his hometown but later moved to Bengaluru for higher education. After completing his undergraduate degree in Arts, M Visvesvaraya changed track and went for a degree in civil engineering from the College of Engineering in Pune.

Civil Engineer and Statesman, M Visesvaraya was the Chief Engineer of Krishna Raja Sagara dam in the north west suburb of Mysuru city.

M Visvesvaraya was one of the first in India to think about irrigation techniques and flood disaster management. He became famous for his pioneering work in flood control measures. As the Diwan of Mysore, M Visvesvaraya founded the Mysore Soap Factory, Bangalore Agricultural University, State Bank of Mysore and Mysore Iron and Steel Works. The companies provided employment to thousands of people. He also founded the Government Engineering College, now known as University Visvesvaraya College of Engineering.

Popularly called ‘Sir MV’, he was awarded the Bharat Ratna in 1955 for his immense contribution to India’s early infrastructure development, education and social welfare.