Famine has been declared in South Sudan which is further fueled by a deadly combination of drought and conflict. Officials estimated that nearly 4 million people are already struggling to get enough food and it is expected the famine will spread to more areas such as Nigeria, Somalia, Yemen, in the coming months affecting an additional 1 million people. In Kenya, the government has declared a national emergency and Ethiopia is battling a new wave of drought following the strongest El Niño on record.

Below is the data forecasted by FEWSNET (explained later)  which explain the grave situation that famine affected countries are going through: 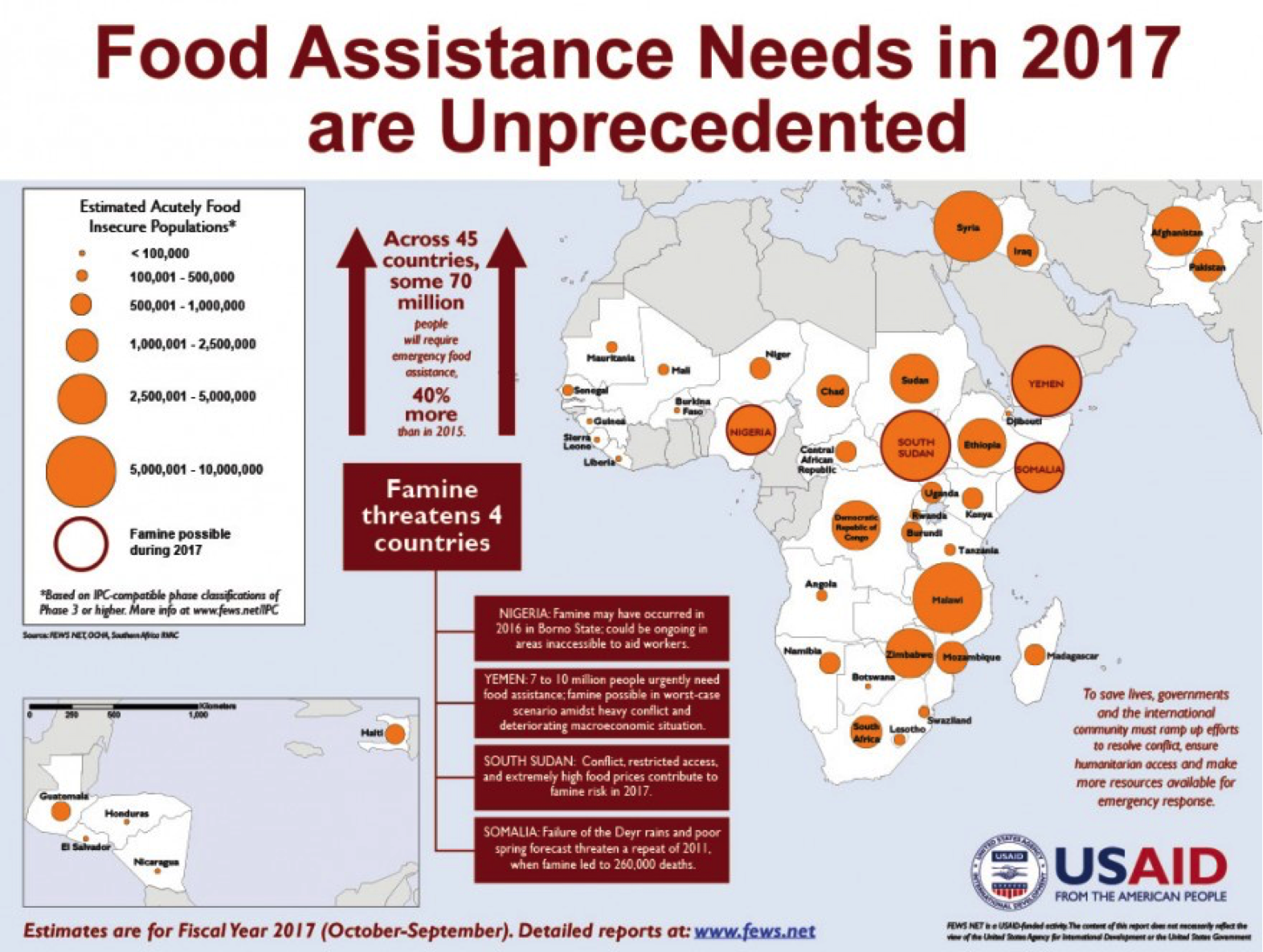 WHO declares famine ? How famine is being forecasted even before its occurrence?

The declaration of famine is made jointly by several parties: the government of the affected country, various agencies of the United Nations and a “Famine Early Warning Systems Network“(FEWSNET).

FEWSNET was set up by the U.S. government to collect and analyze data from a range of sources. It draws data from survey which is collected on the ground by aid agencies and governments as well as climate and satellite data which is provided by NASA and the National Oceanic and Atmospheric Administration.

The setup was developed in 1980s in a response to the devastating famines caused in East and West Africa . The basic idea was to prevent such disasters by providing policymakers with a input of forecasting system that which inform him about food crisis and what needs to be done to keep it from inflating to the next level.

Criteria in declaring a country as famine ridden country:

Officials use a five-phase scale to rank food crises that has been developed since the mid-2000s.

According to the UN Office for the Coordination of Humanitarian Affairs (UNOCHA), current situation is so widespread because of three consecutive years of diminished food production which has exhausted people’s capacity. Additionally, access constraints, rising refugee numbers and outbreaks of communicable diseases in the greater region adds to the pressure.

Inspite of warning of hunger crisis no action was taken which should be regarded as failure of collective responsibility of International community. Hence decisive action is needed early, rather than responding post-crisis; International collaboration and all stakeholder need to work toward reducing drought risk and building community resilience which is the key to mitigate such crisis.

What is the difference between Drought and Famine?