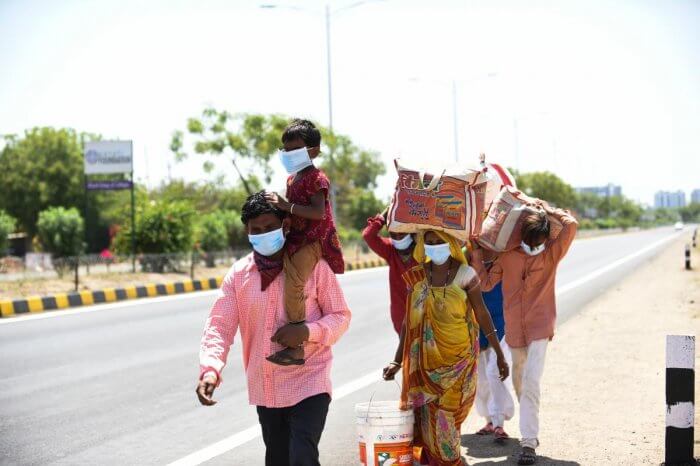 Considering the Corona Virus pandemic, the Government of India imposed lockdown in the country beginning 24th March 2020 and on 29th March 2020 issued order ensuring that migrant workers stayed where they were or kept in the nearest shelter and respective state governments were required to take care of their food, accommodation etc. Consequently, two kinds of situation developed considering migrants workers & Rajasthan.

New Scheme for Issuing Transit Passes in Rajasthan w.e.f 10 May

Rajasthani Workers Stranded in Other States

The state is among the first in the country to take concrete measures for bringing back migrant workers. To bring back Rajasthan Migrant Workers being stranded in other states, the State government has taken following steps:

After registration, the Rajasthan government is obtaining consent from concerned state governments and also making arrangements for the movement of migrants in the state. Those who have their own vehicles may come in their vehicles after obtaining permission. Returning migrant workers will be kept in quarantine for 14 days.

Migrant Workers from Other States Stranded in Rajasthan

Simultaneously, the State government is also working to help migrant workers from other states to go out of Rajasthan. The nodal officers appointed by government are also coordinating to ensure safe passage to migrant workers. Uttar Pradesh, Madhya Pradesh and Haryana have already initiated the process to bring back migrant labourers stranded in other states.

The migrant workers will have to register themselves on emitra portal, e-mitra mobile app or e-mitra kiosk, or at helpline number 18001806127.  After registration, Rajasthan government will seek permission from the respective state and will make arrangement for their return on a particular day and time according to the number of workers. Additionally, Collectors in Rajasthan will issue curfew passes to people of other states going back in their private vehicles.

As per News item, a total of about 19.22 Lac workers & other people have registered across platforms requesting travelling in/out of Rajasthan.

This is not a government or official website. This is private information site, where information has been provided for benefit of people. We have made all efforts to provide genuine information & only government sites have been used for reference. However, users are requested to first check and act only on information provided by official sites.

Note: the government websites, official website all have .gov.in or .nic.in at the end of their address.