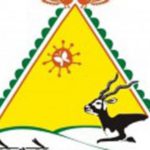 According to the first-ever survey of rural areas across the country, Churu has been placed among the top 10 cleanest districts in plains.
The survey was conducted by Quality Council of India (QCI) on behalf of the sanitation ministry covering nearly 70,000 household across 2,530 villages.
Overall (among 75 districts in both plains and hills), Mandi in Himachal Pradesh emerged the cleanest followed by Sindhudurg in Maharashtra. In the survey , Mandi got 98.4 out of 100 marks while Sindhudurg got a score of 96.8.
Prime Minister Modi had launched Swachh Bharat Abhiyaan with an aim to eliminate open defection by 2019. Rajasthan has been described as the leader of this sanitation revolution. Recently, 70% panchayats in large districts like Bikaner and Churu were declared open defecation-free. On the ground, though, the achievement is mixed. More households than ever have built toilets – but not all these families are using the facilities.