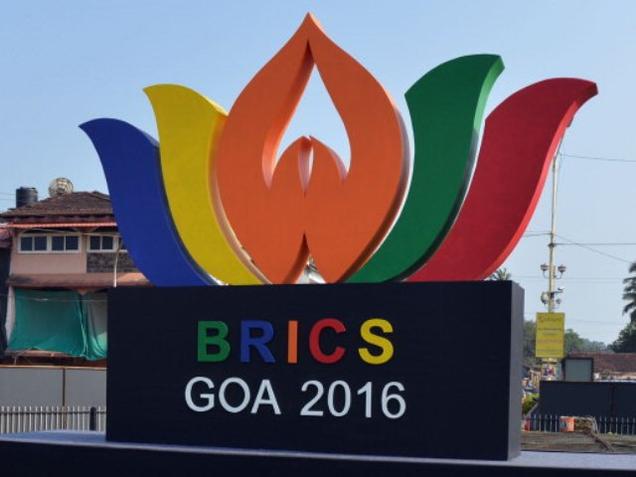 The 8th BRICS Summit took place in Goa under the Chairmanship of India. The meeting is of global importance as BRICS nations collectively account for 43% of the world population, with around 25% of the world’s total land area and close to 30 % of the world GDP with around 17 % share in the world trade.(1).

In 2006, Brazil, Russia, India and China began a regular informal interaction around UNGA and in 2009, the first BRIC Summit was held in Yekaterinburg (Russia).

In 2011, South Africa was included to formally form BRICS.

Cooperation is BRICS is structured around two main pillars, which are Coordination in multilateral forums, with a focus on economic and political governance and Cooperation between members.  The cooperation areas among BRICS members has diversified with years and it now includes areas such as finance, agriculture, economy and trade, combating transnational crime, science and technology, health, education, corporate and academic dialogue and security, among others.

BRICS Goa is the 8th Edition of BRICS meeting. Leaders including:

participated in the meeting. The theme for BRICS GOA summit was “Building Responsive, Inclusive and Collective Solutions”. The summit concluded with adaptation of Goa Declaration.

Analysis of Summit from India’s Point of View:

The 2016 BRICS GOA Summit also included the first-ever BRICS-BIMSTEC Outreach Summit. Leaders from both forums  jointly explored possibilities of expanding ties between them on issues such as terrorism, economy, trade and connectivity. BIMSTEC issued Leaders Retreat Outcome Document emphasizing that there can be no justification for acts of terror.

End Note: The ninth BRICS Summit will be hosted by China in 2017.

Question: Describe the significance of BRICS in context of India’s aspiration in South-Asia?