Unified Payment Interface(UPI) is an instant payment system developed by the National Payments Corporation of India (NPCI). UPI is built over the IMPS infrastructure and allows you to instantly transfer money between any two parties bank accounts by using a smartphone. UPI allows a customer to pay directly from a bank account to different merchants, both online and offline, without the hassle of typing credit card details, IFSC code, or net banking/wallet passwords.

USSD (Unstructured Supplementary Service Data) is a Global System for Mobile(GSM) communication technology that is used to send text between a mobile phone and an application program in the network. Applications may include prepaid roaming or mobile chatting.

What is BHIM App

BHIM stands for Bharat Interface for Money. It is an aggregator for all UPI-based services offered by banks. 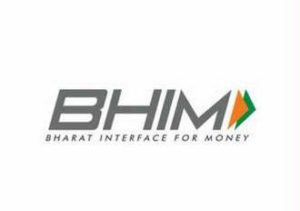 Merchants need to download the Aadhaar based merchant app (BHIM) on their smartphones. Then the smartphone has to be connected to biometric reader, which is currently available for Rs 2,000. The customer will then feed his or her Aadhar number into the app, select the bank through which the transaction will take place, and the biometric scan will work as a password for the transaction to be authenticated.