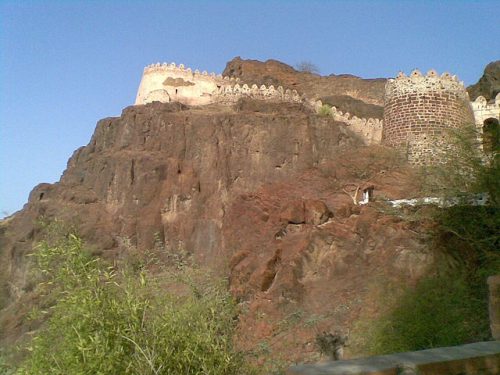 Siwana is a Tehsil in Barmer district in Indian state of Rajasthan, located 151 km from Barmer. Battle of Siwana happened in 1308 when Malik Kamaluddin, a general of Alauddin Khilji defeated Sheetal deo of Siwana.

In 1308, forces of Alauddin Khilji besieged the fort, the people led by Sutal Deo (Sheetal Deo) mounted a heroic defence but could not prevent from falling. Later, in the period 1318-20, Luntiga Chauhan stormed the fort of Siwana and slaughtered its Muslim garrison. No future sultan of Delhi tried to recover this fort.

To commemorate this historic event, an annual fair called as the Kalyan Singh Ka Mela is sheld within the precincts of the fort in the month of Shravan (July-Aug).