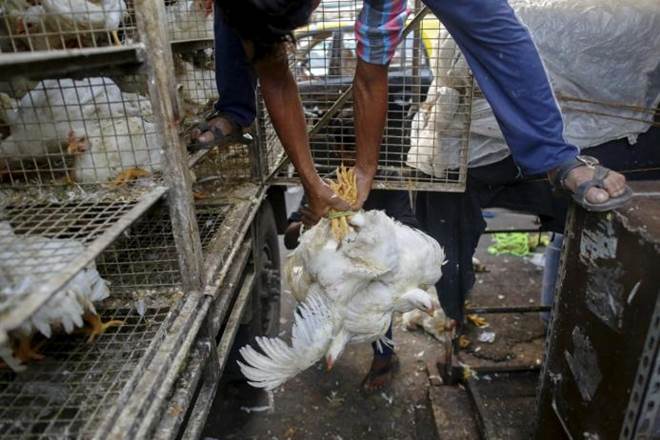 Recently, there has been reports of avian influenza or bird flu in Delhi and surrounding states have also released cautionary statements.

What is Avian Influenza?

Avian influenza is known informally as avian flu or bird flu and refers to “influenza” caused by viruses adapted to birds. These flu viruses occur naturally among birds. Wild birds worldwide carry the viruses in their intestines, but usually do not get sick from them. But sometimes, they are affected by different virus strains that makes them very sick and even kills them. It is also very contagious and spreads to domesticated birds, including chickens and ducks.

So what is the strain of virus causing this bird flu?

The strain of virus responsible for avian flu or bird flu is H5N1.

So what is the main concern?

The bird flu disease usually spreads from bird to bird but may sometimes spread from birds to humans. Of the many subtypes of avian influenza viruses,  some strains of five subtypes have been known to infect humans: H5N1, H7N3, H7N7, H7N9, and H9N2. Out of these  strains also, H5N1 is an emerging avian influenza virus that is causing global concern as a potential pandemic threat. It is easily transmissible and lethal to humans. The mortality rate for humans with H5N1 is 60%.

Note that Avian influenza caused by H5N1, is often referred to simply as “bird flu” or “avian influenza”, even though it is only one of many subtypes.

India is one of 6 nations in which the disease keeps surfacing among birds — during the last outbreak among poultry in Karnataka this May, 33,000 birds had to be culled.

Is there any Vaccine?

There is no vaccine against H5N1.

Is there any medication, after getting the disease?

Oseltamivir (Tamiflu) is an antiviral medication that blocks the actions of influenza virus types A and B in human body. Oseltamivir is used to treat influenza in people 2 weeks of age and older who have had flu symptoms for 2 days or less.

What are the symptoms of the disease?

In humans, the symptoms of an H5N1 infection are the same as that of any other seasonal flu — fever, body ache, sore throat, runny nose, headache, fatigue, etc.; however it can turn serious very quickly, and lead to respiratory distress.

What happened in Delhi?

Nine water birds in National Zoological Park died from Avian Influenza. As a result the park has been shutdown. According to Zoo authorities, the birds  were painted storks, ducks and pelicans that had migrated locally — a reason for concern because there is an increased possibility of the spread of the infection from wild birds to domestic poultry, which humans handle. Incidentally, migratory water ducks are the commonest carriers of bird flu.