WHO has recently published first ever list of antibiotic-resistant “priority pathogens” which is a catalogue of 12 families of bacteria that poses a grave threat to human health.  India is the world’s largest consumer of antibiotics and where carelessness in antibiotic use and environmental antibiotic pollution has been documented. While the government drafted policy measures to tackle the problem, it has not been so forthcoming on the issue.

Classification of medicine and their action

What is antibiotic resistance?

How bacteria is developing resistant to antibiotics?

This can be well understand with the help of diagram:

Bacteria can carry genes that allow them to survive even when exposed to the antibiotics that are currently available. The gene that carries antibiotic resistance can be passed between bacteria, which result in creation of bacteria that carry resistance genes to different antibiotics. This resultant bacteria earns the title superbug.

For example NDM-1 is an enzyme gene that can be acquired by bacteria which cause diseases such as pneumonia, or infections of kidney,urinary tract. This enzyme gives bacteria resistance to drug such as carbapenem, a strong antibiotic which is considered as a last resort when other antibiotics do not work.

Why antibiotics resistance is a major concern?

In September 2016, a woman in the US died after being infected by a superbug during her visit to India, say doctors who found that the ‘nightmare’ bacteria was resistant to all available antibiotics. The infection was caused by carbapenem-resistant Enterobacteriaceae (CRE), a multidrug-resistant organism associated with high mortality.

Antibiotics are the foundation on which all modern medicine rests. Cancer chemotherapy, organ transplants, surgeries, all rely on antibiotics to prevent infections. If this infection becomes incurable then it will be a big setback for medical advances that has been made in past 50 yrs.

The World Health Organization estimates that in 2014, there were about 480,000 new cases of multi-drug resistant tuberculosis (MDR-TB), a form of tuberculosis that is resistant to the two most powerful anti-TB drugs. A growing list of infections – such as pneumonia, tuberculosis, blood poisoning and gonorrhoea – are becoming harder, and sometimes impossible, to treat as antibiotics become less effective.

WHO has also released a Priority list for development of new drugs to fight these antibiotic-resistant bacteria. 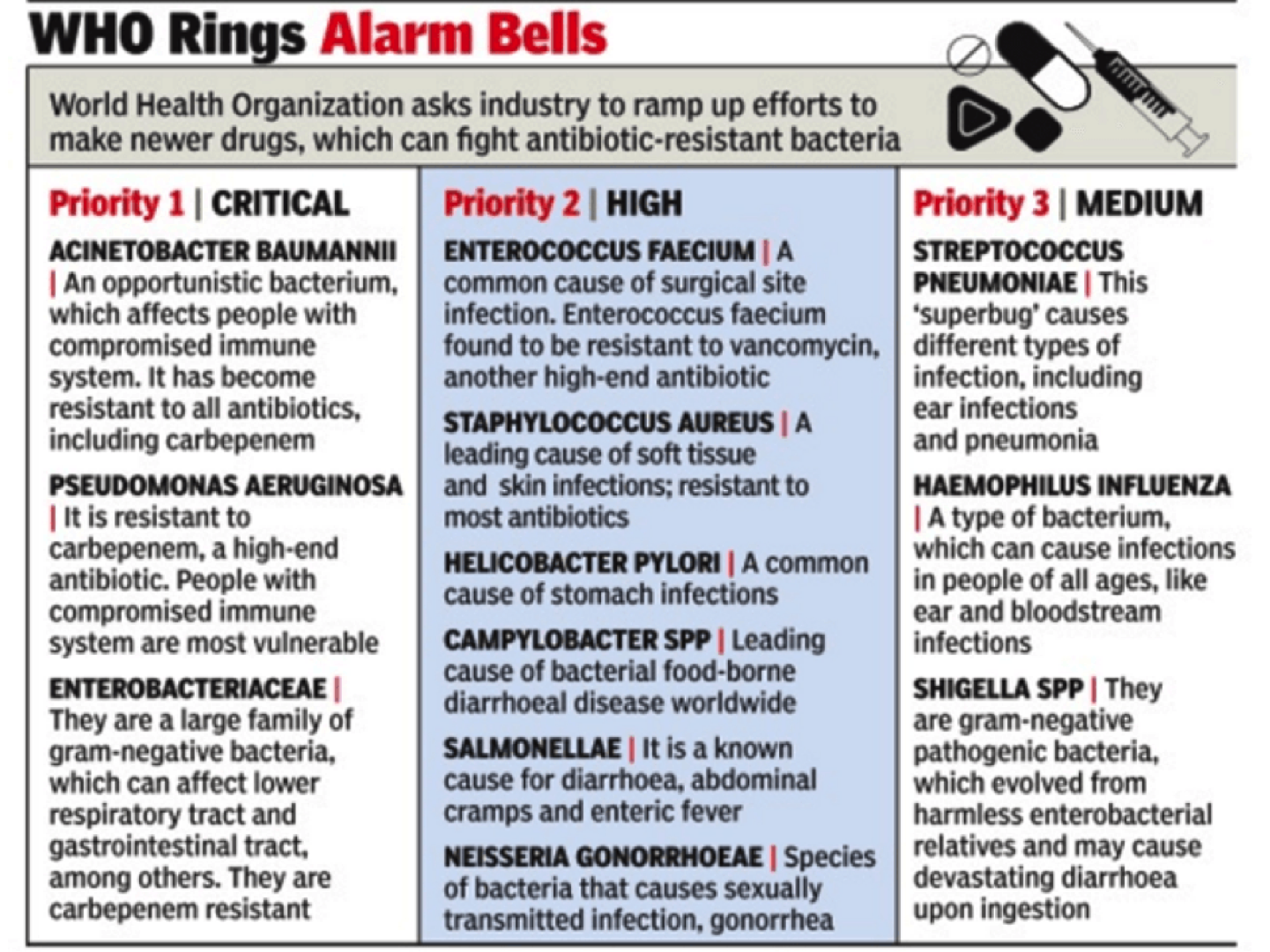 Antibiotic resistance is accelerated by the misuse and overuse of antibiotics, as well as poor infection prevention and control. Steps can be taken at all levels of society to reduce the impact and limit the spread of resistance.

Some major recommendations made in the Chennai Declaration include

What is Government doing ?

Recently, the government has come up with National Action Plan to combat Antimicrobial Resistance

Indian Council of Medical Research (ICMR) has set up a National Anti-Microbial Resistance Research and Surveillance Network (AMRRSN) to enable compilation of data of AMR at the national level. In addition, the health ministry enacted regulations to regulate the sale of antibiotics and brought out National Guidelines for the use of antibiotics.

What can we do to prevent Anti-microbial Resistance from increasing: 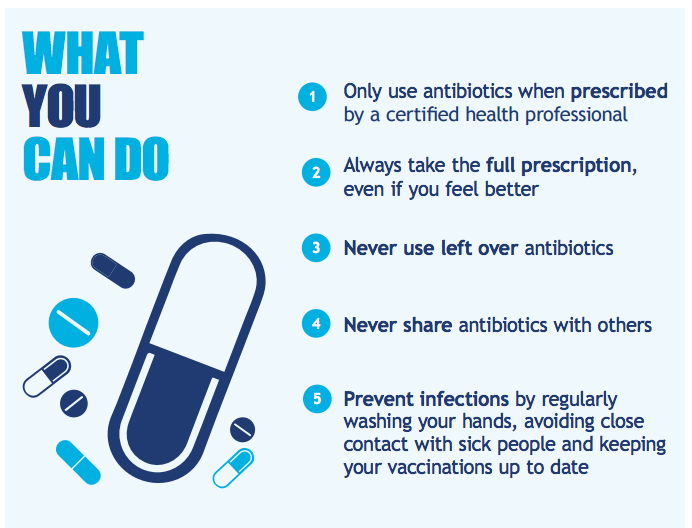