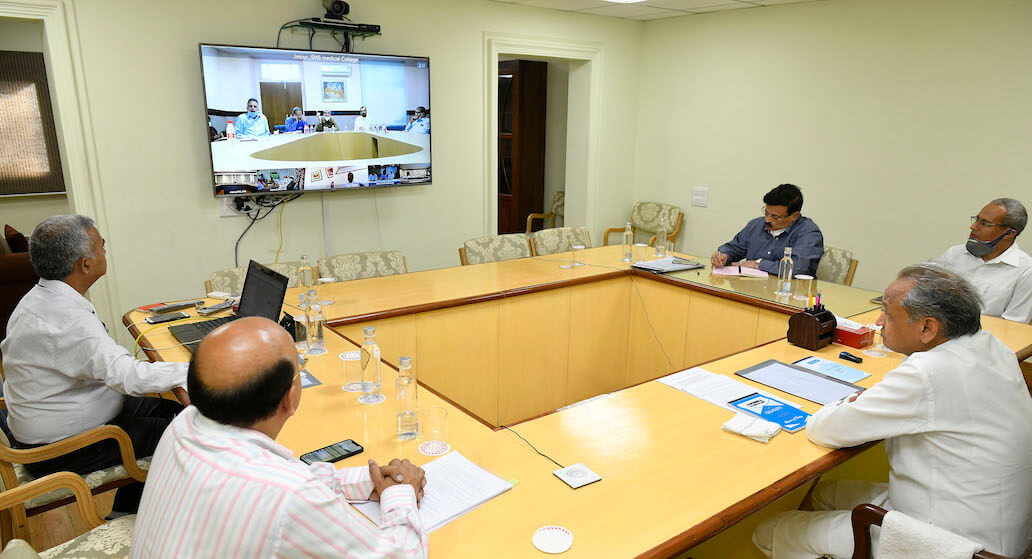 This posts list news & information updates on Corona Virus in Rajasthan for 9 April.

40 more persons tested positive for Covid-19 in the state on 08 April, out of which 23 are from Jaipur. The total count of positive cases has increased to 383 till date in the state.

According to the health department report, 23 persons were diagnosed with Covid-19 in Jaipur, six in Bikaner, five in Kota, two from Jhalawar, one each from Jodhpur, Karauli, Jhunjhunu and Banswara.

The administration has readied 30 hotels for isolating or quarantining Covid-19 patients in the district if needed. So far, it has identified 81 hotels for arranging emergency isolation beds. A total of 98 buildings have been acquired by the district administration that would serve as new quarantine centers. These buildings have around 4,600 rooms, along with toilet facilities.

Emergency isolation beds have also been identified at some of the prominent private hospitals include NIMS Hospital, JNU Hospital, Liberty hospital (Mansarovar) and Manipal Hospital and Mahatma Gandhi Hospital.

Agri Mandis to open from 15 April

The state government has decided to open grain markets in a phased manner for procurement of agriculture produce of at minimum support price from 15 April. The decision was taken by Chief Minister Ashok Gehlot after a review meeting with state ministers and officials through video conferencing.

The Rajasthan High Court has permitted the advocates and litigants to file urgent matters through email without physically coming to the court in the interest of public at large amidst the nationwide lockdown following Covid-19.

With the 21-day lockdown set to end in six days, the state government had preliminary discussions as to which sectors of the industry could be opened up and how to ensure that precautionary measures are still followed to nix the spread of the virus.

During a video conferencing discussion involving various departments, members of Rajasthan Economic Transformation Advisory Council headed by Arvind Mayaram proposed to open up a few sectors like construction, restaurants and textiles in a limited way.

Chief minister Ashok Gehlot has also favoured a phase-wise withdrawal of the lockdown after the 21-day period.

HCQ considered as a game-changer

Doctors in the state have used the drug, hydroxychloquine (HCQ), extensively, which they are calling the ‘game-changer’ for treating Covid-19 patients. So far, 47 patients have been cured in the state after being treated in various government hospitals.

India is the world’s largest manufacturer of hydroxychloroquine, producing nearly 70 percent of the world’s supply. The demand for the drug, which is also used by patients of rheumatoid arthritis, was boosted after a small placebo-controlled clinical trial in China demonstrated that the anti-malarial drug shortened the duration and reduced the severity of cough, fever and pneumonia in patients with mild and moderate disease.

A GIB chick that hatched recently at the Desert National Park in Jaisalmer has been named ‘Corona’. Rajasthan government, Wildlife Institute of India (WII) and forest department, are jointly conducting captive breeding of the Great Indian Bustard (GIB) for its conservation, at Desert National Park (DNP) in Jaisalmer. Forest department employees deployed at DNP are taking care of the chick.