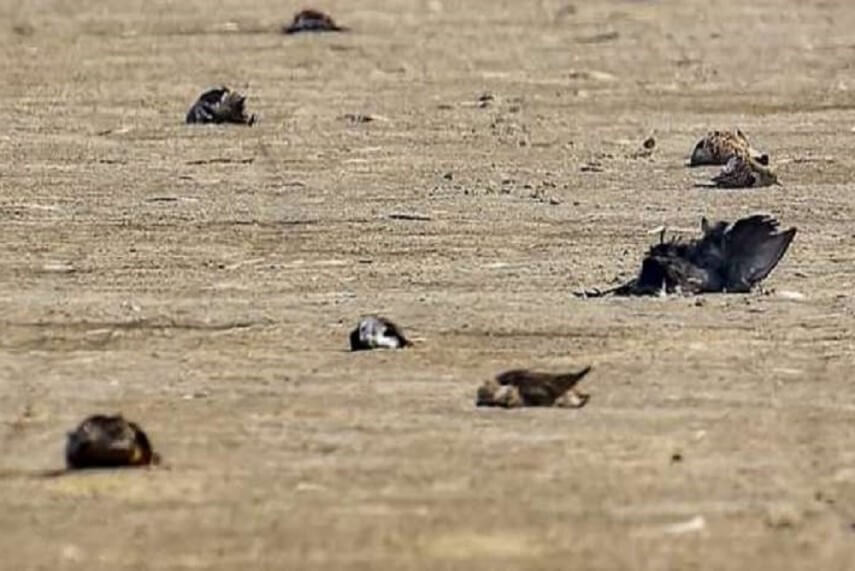 Bird Flu in Rajasthan | A bird flu alert has been sounded in Rajasthan after the presence of the dreaded virus was confirmed in dead crows in Jhalawar and more avian deaths were reported in other districts, including Jaipur.

Kunji Lal Meena, principal secretary, animal husbandry,  said that so far, 252 crows were found dead across the State including 100 in Jhalawar, 72 in Baran, 47 in Kota, 19 in Pali and 7 each in Jodhpur and Jaipur.

The State authorities had sent samples to the National Institute of High Security Animal Diseases (NIHSAD) in Bhopal, where avian influenza was confirmed. Consequently, the Animal Husbandry Department has set up a state-level control room and sent its teams to the districts for effective monitoring. Additionally, the samples taken from Jodhpur, Kota, Baran and Jaipur are being sent to Bhopal for confirmation of avian influenza.

Department Secretary Arushi Malik said the centre’s guidelines are being followed and an alert has been sounded in all districts. The department has asked poultry farms to report the cause of deaths in birds to the local department officers on a daily basis.

Chief wildlife warden, ML Meena, said the department has sounded an alert and field staff is asked to be more vigilant. The Avian Influenza has been confirmed only in Jhalawar but directions have been issued to track water bodies and suspicious deaths of birds.

Department additional director, Bhawani Rathore said, “The situation is not alarming but we are vigilant, ensuring that this virus does not enter domestic animals. The guidelines are followed and dead animals are buried.”

As per the officials “the virus is dangerous and necessary guidelines have been issued. All field officers and poultry farm owners have been asked to remain vigilant. Effective monitoring is ensured at all sites, especially in wetlands, Sambhar Lake and Kaila Devi bird sanctuary”.

The bird flu (Avian Influenza) caused by the virus H5N1 is contagious and fatal.