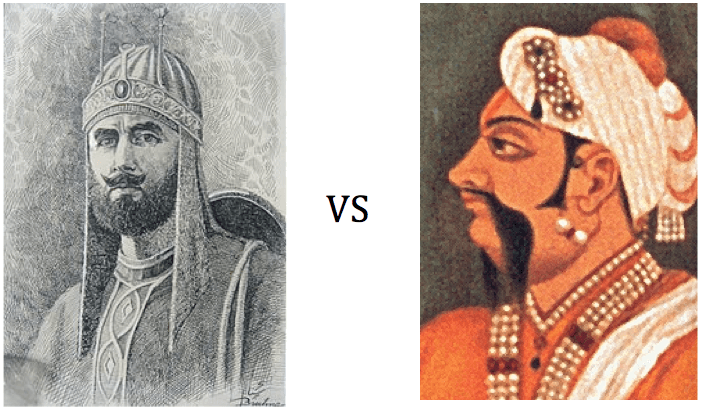 In 1544, near the villages Giri and Sumel of the Jaitaran sub-division in the Pali district of Rajasthan, the armies of Sher Shah Suri and Hindu Rajputs led by Rao Maldeo Rathore, king of Marwar fought the Battle of Sammel, also known as the Battle of Giri-Sumel. Sher Shah Suri won the battle and his general Khawas Khan Marwat took possession of Jodhpur and occupied the territory of Marwar from Ajmer to Mount Abu.

Battle of Sammel: The background

In 1543, Sher Shah set out against Marwar with a huge force of 80,000 cavalry. Maldeo allowed him to advance and formed an army of 50,000 Rajputs to oppose him. The judgement and caution exercised by Maldeo was so great that Sher Shah Suri was forced to fortify his camp at every step. Eventually, Sher Shah halted in the village of Sammel in the pargana of Jaitaran, ninety kilometers east of Jodhpur.

For one month the armies lay in sight of each-other, however, with every passing day Sher Shah’s position became critical owing to the difficulties of food supplies for his huge army. To resolve this situation, Sher Shah resorted to a cunning ploy. One evening, he dropped forged letters near Maldeo’s camp in such a way that they were sure to be intercepted. These letters indicated, falsely, that some of Maldeo’s army commanders were providing assistance to Sher Shah. This caused suspicions in the camp and Maldeo suspected his commanders of disloyalty. Hence, Maldeo left for Jodhpur on 4 January 1544. with his own men, abandoning his commanders to their fate.

Even after Maldeo ordered withdrawal, his generals especially Pachain, Jaita and Kumpa decided to stay and fight in order to prove their loyalty. Heading an army of about 12,000 men they attacked Sher Shah Suri’s camp of 80,000 men and routed a large part of the Afghan army. His general Khawas Khan Marwat was sucessful in slaining Jaita and Kumpa but not before Sher Shah had learnt about the valour and gallantry of Rajput commanders. Sher Shah emerged victorious in the battle but suffered heavy losses in the battle and is said to have exclaimed “he had nearly lost the empire of Hindustan for a handful of Bajra“

Consequences of Battle of Sammel:

Sher Shah Suri defeated Rao Maldeo in battle of Sammel and his general Khawas Khan Marwat took possession of Jodhpur and occupied the territory of Marwar from Ajmer to Mount Abu in 1544. But by July, 1555 Maldeo reoccupied his lost territories.