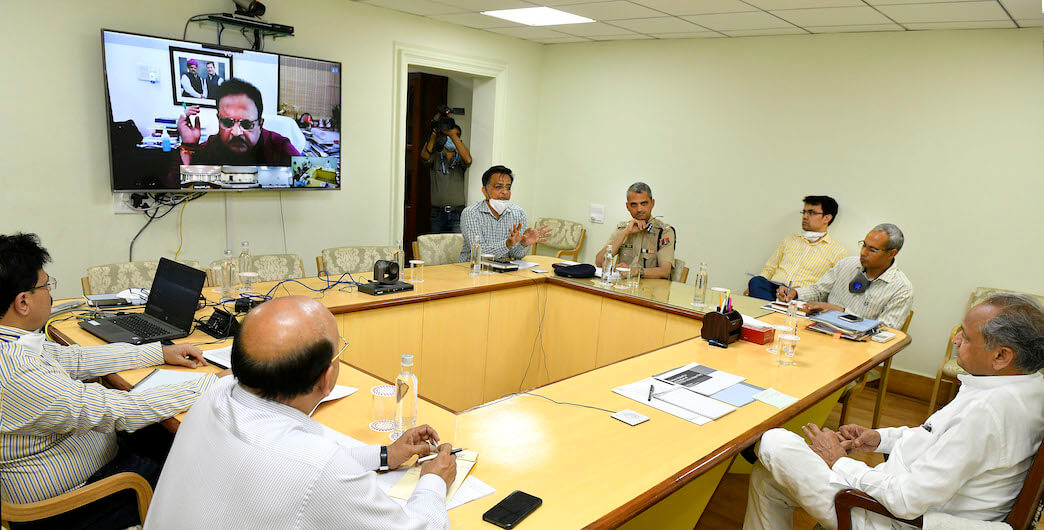 Lockdown Extension till April 30/ May 1

As per NEWS reports from NEWS18 & Republic World, after Punjab and Odisha, Rajasthan has announced an extension to the three-week lockdown till April 30 in order to curb the spread of the deadly coronavirus.

On 10th April, while discussing the situation through video conferencing with representatives of industrial organisations and various business associations, the chief minister had said protecting the lives of people was paramount for the state government and the decision on extending the lockdown in the state beyond April 14 will be taken while keeping public health in mind.

However, we have not come across any official press release or order on DIPR or CMO website regarding extension in lockdown (as on11 AM  – 11th April)

Spitting in Public Places gets Banned in Rajasthan

On 10th April, the state government of Rajasthan has banned spitting in public places by people chewing pan, tobacco as well as non-tobacco products under Section 2 of the Rajasthan Epidemic Diseases Act, 1957. With this, now whoever found guilty will face an action under Section 188 of the IPC.

The government said that such a ban was necessary as many people addicted to tobacco products have been found spitting in public places, which may result in spreading Covid-19 infection. “The ban will be applicable till the lockdown continues across the state,” the order said.

Prescription of hydroxychloroquine for officers on duty

The state government has also decided to give hydroxychloroquine to policemen on duty in vulnerable areas after consulting doctors.

On 10th April, Chief minister Ashok Gehlot announced a financial assistance of Rs 50 lakh to the family of any government employee for death due to coronavirus during its anti-Covid-19 operation in the state.

Earlier, the Union government had announced a medical insurance cover of Rs 50 lakh to the corona warriors, including medical staff, but the state government has increased its cover to other employees including patwaris, gram sevaks, constables also who are part of the anti-Covid-19 operation.

The state government also includes employees working on contract basis including safai karmacharis, health workers and those who are employed on honorariums like Home Guard, civil defence, Asha and anganwadi workers.